We've had bad news about the threats against Tapanuli orangutans

The result of a court case against the construction of the Batang Toru hydro dam was not what we and other environmental groups hoped for, but we are not giving up.

The proposed development of a new hydro dam within the Batang Toru ecosystem – an area of pristine primary forest in Sumatra – threatens the livelihoods of over 100,000 local people, as well as the survival of the recently discovered Tapanuli orangutan.

On Monday 4th March, the state administrative court in North Sumatra’s capital, Medan, ruled that construction on the dam can continue, despite a large body of evidence that the environmental impact assessment for the dam was deeply flawed. This is devastating news, but the fight is not over. Walhi, the Indonesian Forum for the Environment, will appeal the court’s decision, and pressure against the project’s funders continues to mount. 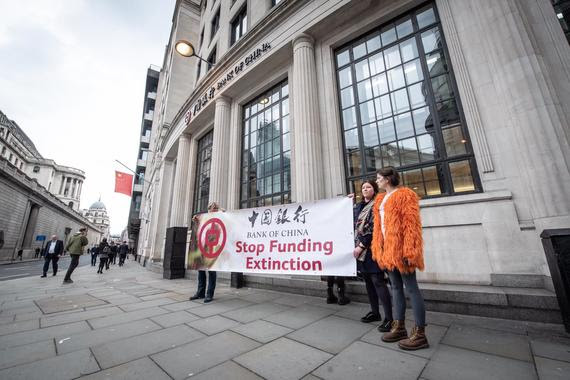 SOS staff ready to protest outside a Bank of China branch in London.

Along with other environmental groups and members of the public, SOS took part in an International Day of Action for the Tapanuli orangutan on Friday 1st March. We hand-delivered a letter to the Chairman of the Bank of China and led a protest outside one of the bank’s London branches, urging them to reconsider funding the construction of a dam in such a disastrous location.

What you can do to help.

An online petition by Dana Tarigan of Walhi is adding thousands more voices to the global call to stop Bank of China financing the project. Please click here to add your name, and share the link widely.