Sending out an SOS for Sumatra’s forests and wildlife

Remember those adorable limited edition orangutan soaps in Lush stores across Europe at the end of last year? Well, thanks to the thousands of people who took one home, wild orangutans in Sumatra will have more room to roam! 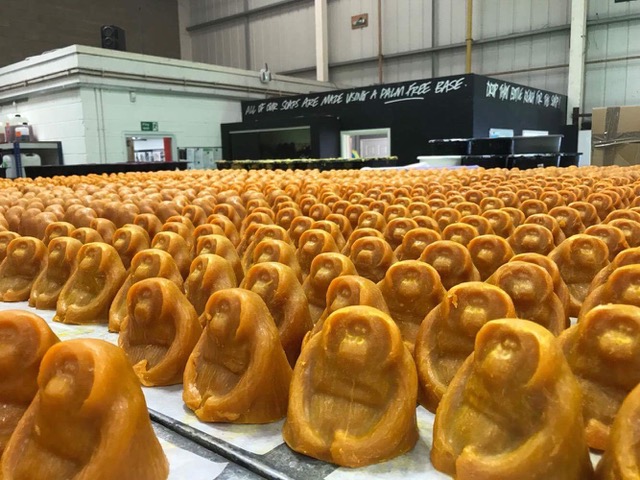 At the end of 2017, we were delighted to team up with Lush to launch the #SOSsumatra campaign. The aim was to raise awareness of how perilously close to extinction orangutans are, and the effects of deforestation.

There are only 14,600 orangutans remaining in the wild in Sumatra. In tribute to them, Lush made 14,600 Orangutan Soaps, which flew off the shelves. You bought them in France, Germany, Italy, Spain, Netherlands, Sweden, Austria, Ireland, Belgium, Norway, Czech Republic, Finland, Luxembourg, Portugal, Estonia, Switzerland and the UK! You bought so many that they sold out in many countries in a matter of days. Together, you and LUSH raised £126,014!

The money enabled our Indonesian partners, the Orangutan Information Centre, to buy 50 hectares of oil palm plantation land.  They will restore native forest to an area on the edge of the Leuser Ecosystem in Bukit Mas (“Golden Hill”).

This part of the forest was under attack, with more and more orangutan habitat being lost every week as illegal agriculture encroached into the protected area.

By supporting us to buy this land on the edge of the national park, you and Lush are enabling us to hold back the tide of forest loss.

At the start of 2017, we collaborated with Lithuanian artist Ernest Zacharevic on an art activism campaign called Splash and Burn.  Ernest brought together artists from all over the world to create artworks and installations in Sumatra. These were inspired by, and drew global attention to, the deforestation crisis facing the island’s rainforests. Ernest shared a really bold, creative idea with us at the time, and it just so happened that the land we had just bought was the perfect canvas…so we gave him a call!

In order to restore the land for wildlife, we needed to first remove the oil palms. Seizing the opportunity to send a dramatic message, Ernest and a chainsaw-wielding team carved a giant distress call into the landscape of the oil palm plantation, by selectively removing oil palms to spell out the letters SOS.

Seen from the air, this is a call for help from a patch of land that was once lush green rainforest. We intend to answer that call, by planting thousands of rainforest tree seedlings to replace the oil palm monoculture, re-creating a thriving ecosystem, buzzing with life.

Sumatran orangutans are critically endangered. As their rainforest home is cleared for farmlands and roads, these gentle apes, one of our closest relatives in the animal kingdom, are being pushed to the edge of extinction. The Sumatran Orangutan Society is working to turn the situation around.

Join us in protecting orangutans, their forests and their future. 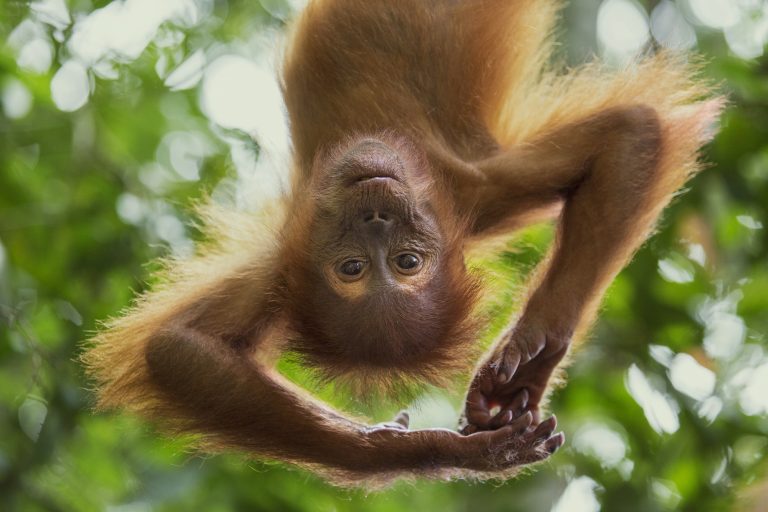