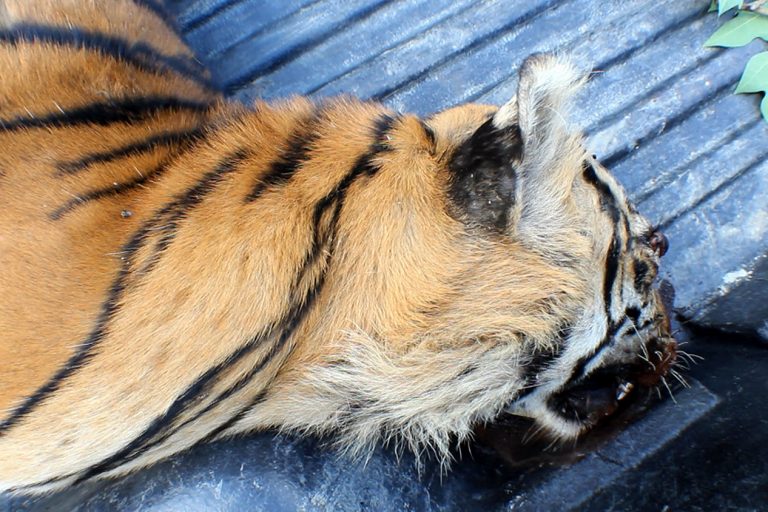 A tiger poacher, Ismail Sembiring, who was arrested along with a carcass of a female Sumatran tiger (Phantera Tigris Sumatrae) in August 2017, was sentenced to 2 years’ imprisonment on January 4th. 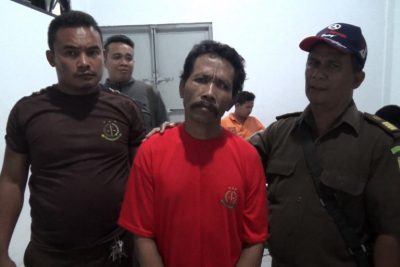 He was also fined $7500, which is the maximum fine under the law. This represents a huge victory for those of us working to tackle wildlife crime in Sumatra and demonstrates that the judiciary are starting to treat these crimes with the seriousness they deserve. In 2017, OIC uncovered 15 serious forest crimes. We hope that this sentence will act as a deterrent to other potential poachers.

Asked for comment after the ruling, Ismail expressed his regret and said he did not mean to trap a tiger. “I only meant to catch wild boars, but one of my snares caught the tiger,” he said. “I barely had the chance to offer it for sale when I was arrested. I will never do it again.”

Police arrested Ismail last August and seized the body of the tiger from his home in Langkat district, North Sumatra province.

The Leuser ecosystem is one of the last refuges of the Sumatran rhino and tiger, and the only place on Earth where these two rare species coexist alongside the Sumatran orangutan (Pongo abelii) and elephant (Elephas maximus sumatranus). All four species are categorized as Critically Endangered, or just a step away from being extinct in the wild.

Tigers and rhinos are frequently targeted by poachers, their body parts sold for use in traditional Chinese medicine and for ornamental uses.

The Indonesian government has rolled out policies to strengthen existing protections for these species, but critics say the measures and their lax enforcement has failed to get to the root of the problem.

The national parliament is currently drafting a bill that would strengthen the existing 1990 legislation on natural resources conservation, following mounting calls from conservationists who are seeking tougher sentences for offenders and an expanded definition of wildlife trade to include the growing online commerce in animals and animal parts.

This story was reported by Mongabay’s Indonesia team

More information on the patrols which tackle wildlife crime