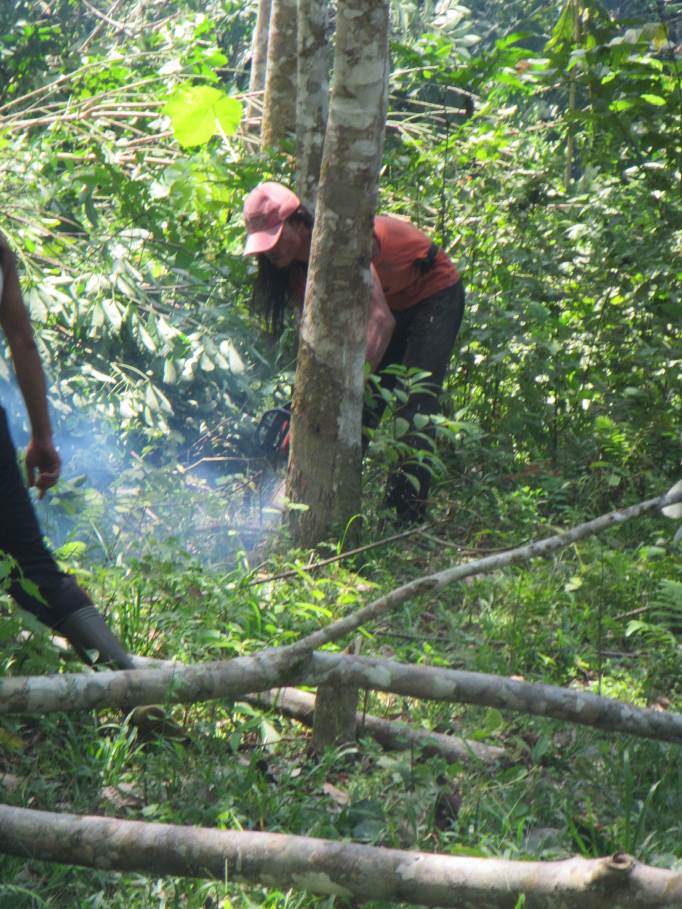 What have the patrols found?

In the last three months, the team have found 22 threats to the wildlife in the rainforest near Bukit Lawang.

Over the last three months, the wildlife patrol team have been busy – covering over 180km and 12,000 hectares.

They have visited areas around Sei Betung-Sekoci, Baharok near Bukit Lawang, and Trenggulun. Where possible, these patrols have also involved National Park rangers and local community members.

In that time, they found 22 human threats to the forest, including poaching, illegal logging, eight illegal fisherman fishing in Besitang river, processed logs waiting for transportation, a deer poacher and a bird poacher.

On a more positive note, the team saw plenty of signs of wildlife including traces of deer, serow, sunbear, elephants, one old orangutan’s nest, and a boar’s nest. Excitingly they also saw 3 traces of Sumatran tiger.

Guarding Leuser Forests for My Children

As a hobby, Joe likes extreme sport and playing musical instruments. But at work he is doing what he is passionate about: forest patrols. 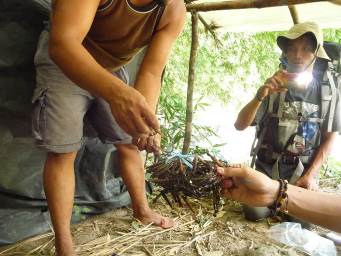 Joe is not his real name. Working in the Forest Wildlife Patrol Unit means his identity has to remain secret from the public. Joe used to work with the Search and Rescue (SAR) unit in North Sumatra before joining OIC’s Patrol Unit. This year is his fourth year working with the team and his passion to guard wildlife in the Leuser Ecosystem grows every day.

Patrolling may sound routine, but in reality, it is very dynamic. Joe and the team have to develop strategies and tactics to adapt to any situation that may arise during the patrol. On top of that, they need to keep the team focused and solid, being aware of any kind of threats which may reveal their identity. Wildlife trafficking and illegal logging is a big, dirty business conducted by people who would not be afraid to harm anyone standing in their way.

“Everything I have experienced in my job means a lot to me, it makes me mature in my process of thinking,” he says. He considers himself extremely lucky to have the forest as his working space, breathing fresh unpolluted air, and having the various animal sounds, insects and trees, as his goodnight lullaby.

Trees being cut and wildlife being poached are nightmares to him, as well as to Indonesia and the planet at large. Every patrol means spending at least 10 days away from his family, providing an additional challenge for Joe.

“Of course, I miss my wife and kids while I am in the forest, but guarding the forest is also for the sake of future generations, including my children.”