British cosmetics company Lush is launching an Asia-wide campaign to promote a new palm oil-free SOS shampoo bar that will raise funds towards reforestation in a former palm oil plantation.

The stunt highlighted the plight of indigenous communities and endangered species such as the orangutan, whose land and habitats are being destroyed by the palm oil boom in Indonesia, the world’s biggest producer of the commodity.

LUSH has teamed up with conservation charity Sumatran Orangutan Society (SOS) for the campaign, which launched on Friday, and all funds raised from shampoo bar sales will go towards converting a disused palm oil plantation into a permaculture demonstration site and conservation training hub in Sumatra. This will be aimed at helping small scale farmers improve the variety and profitability of their crops, working alongside the natural rainforest trees, rather than chopping them down. 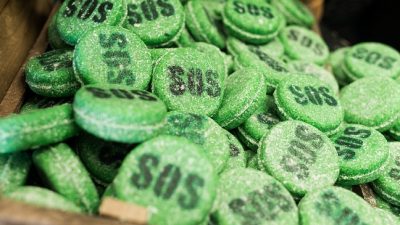 Permaculture is sustainable and self-sufficient farming that works with, and not against, natural ecosystems.

The plantation is located on the edge of Sumatra’s Leuser Ecosystem, one of Southeast Asia’s richest expanses of intact tropical rainforest, and one of Asia’s largest carbon sinks. The national park is losing forest cover at a rate of 5,500 hectares a year.

The launch of the shampoo bar in Asia builds on the #SOSSumatra campaign which LUSH launched in Europe last November, which raised US$175,000 from selling limited edition palm oil-free orangutan-shaped soaps. The funds went on restoring 50 hectares of oil palm plantation land to forest in the buffer zone around the Leuser national park. 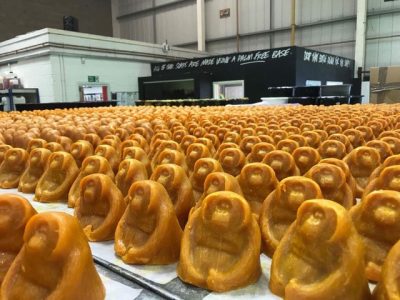 “We’ve fought to remove palm oil from our products for over a decade at Lush,” said Simon Constantine, the company’s head of ethical buying. “Now, with the help of Sumatran Orangutan Society and their partners we are doing the same thing on the ground in Sumatra.”

While Lush accepts that “not all palm oil cultivation is bad,” the company says it does not have faith in sustainable palm oil.

The company takes the view that the Roundtable on Sustainable Palm Oil (RSPO), the industry body set up to promote sustainable palm oil, does not give a fair voice to environmental group members and is dominated by palm oil producers.

The company’s SOS Sumatra campaign will run in all of the markets where it has a presence—Singapore, Thailand, the Philippines, Japan, Hong Kong, Macau, South Korea, Australia and New Zealand.