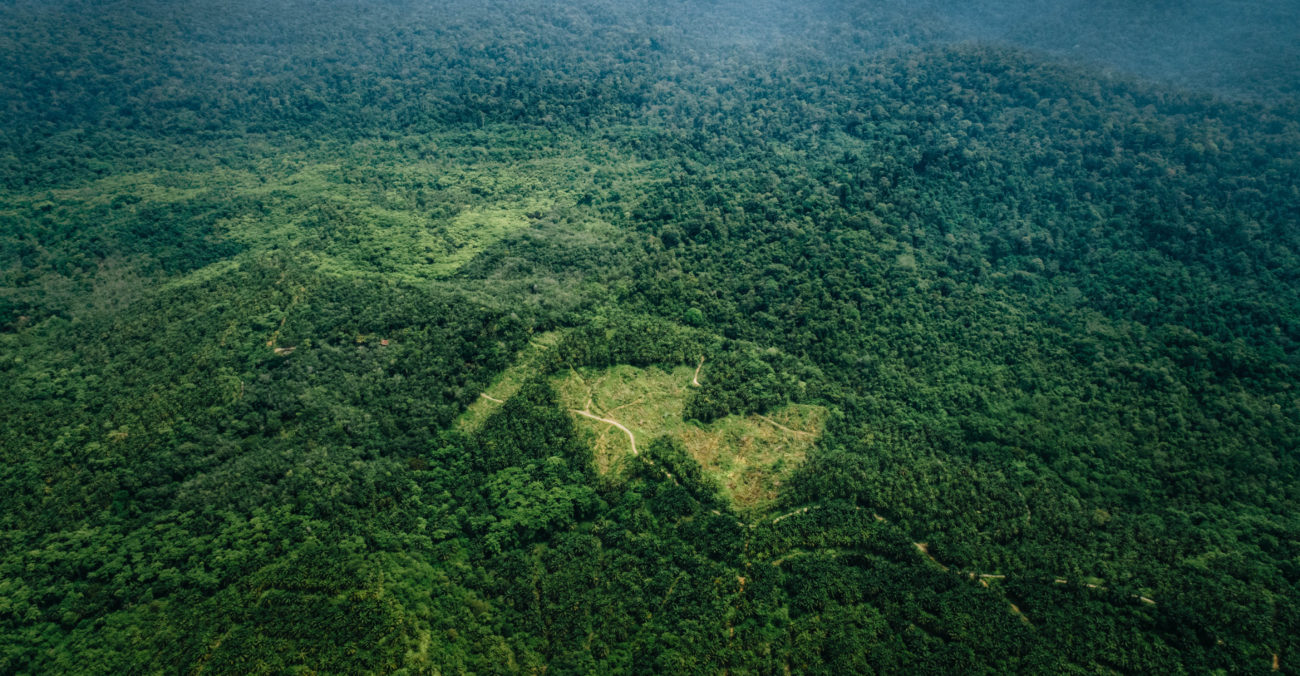 This year's Splash and Burn campaign is a rewind symbol carved into the oil palm plantation we bought through the Rainforest Home Appeal. The rewind symbol is a hopeful message, symbolic of the fact that it is not too late to reverse the fortunes of Sumatra's forests and rewild Sumatra.
For their latest project REWILD, Splash and Burn enlisted Spanish artist ESCIF for a land intervention, carving a rewind symbol into the oil palm plantation we bought with the funds from the Rainforest Home Appeal. ESCIF’s contribution includes a series of murals referencing the relationship between consumerism and the destruction of the natural world, and a short film documenting the process. The film’s narrative runs in reverse, rewinding the clock on deforestation to undo the damage caused by the unsustainable production of one of the worlds most versatile commodities. Beyond the industrialisation of the land, we end at the beginning, a thriving ecosystem alive with wildlife. The concept mirrors the real world actions of the SOS and our partners in reclaiming land in Sumatra, protecting and expanding the boundaries of one of the most biodiverse places on earth, the Leuser Ecosystem.

“The idea of going back, of rewinding is an invitation to reconnect with ourselves; to recover awareness and respect for the earth, which is the ecosystem of which we are part” ~ ESCIF

#RewildSumatra is a call to action using art to highlight the loss of Leuser’s forests and their precious biodiversity, and sharing news of the positive impacts that dedicated frontline conservation groups are having in reversing this decline. The Splash and Burn team want to build optimism and activism to support the long-term protection of Sumatra’s wild places and all the lives which depend on them.

To read more about the REWILD project, click here.

To contribute to the restoration of Leuser, text MORETREES to 70085 to donate £5, or go to moretrees.info to plant a tree (or several!).