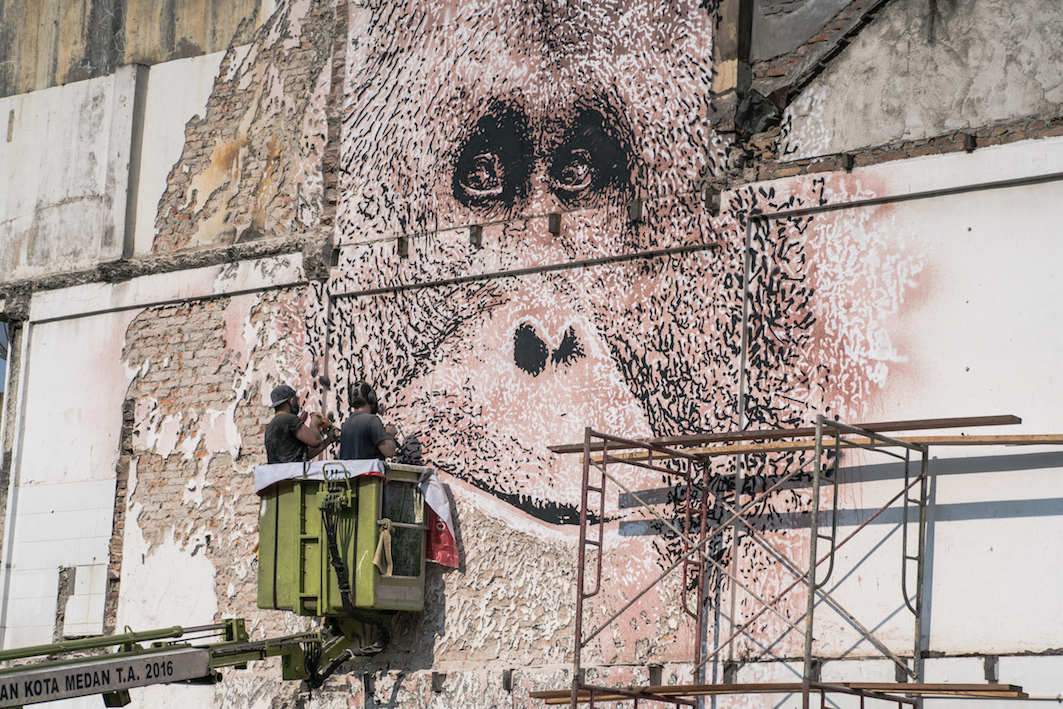 He chisels a stunning orangutan mural as part of the splash and burn campaign to raise awareness.

VILHS (real name Alexander Farto) has joined the #Splash and Burn movement to highlight the dangers facing orangutans in Sumatra. He has hand-chiselled a stunning portrait of a Tapanuli orangutan on the streets of Medan.

VHILS is the 9th artist to participate in splash and burn, the environmental campaign bringing awareness and hope to the rainforests of South-East Asia. Locals in Sumatra are often unaware of the impact which deforestation has on rural communities, as well as the impact on animals who live there. 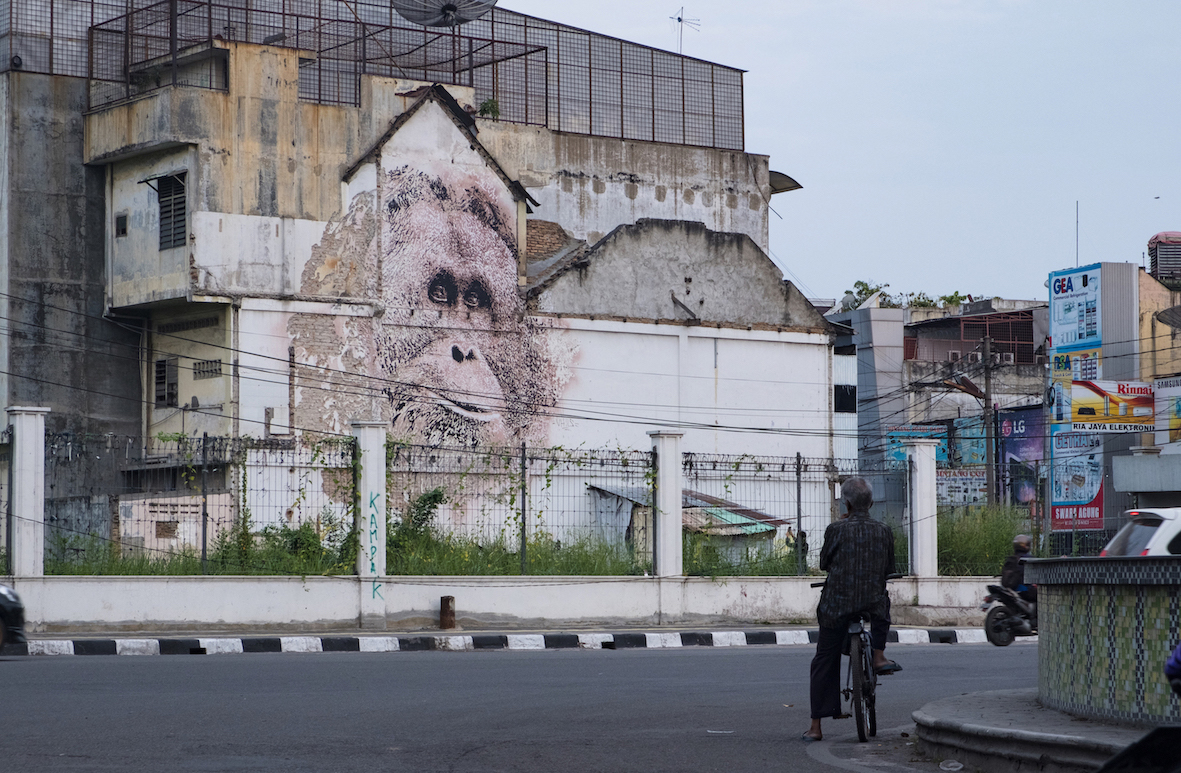 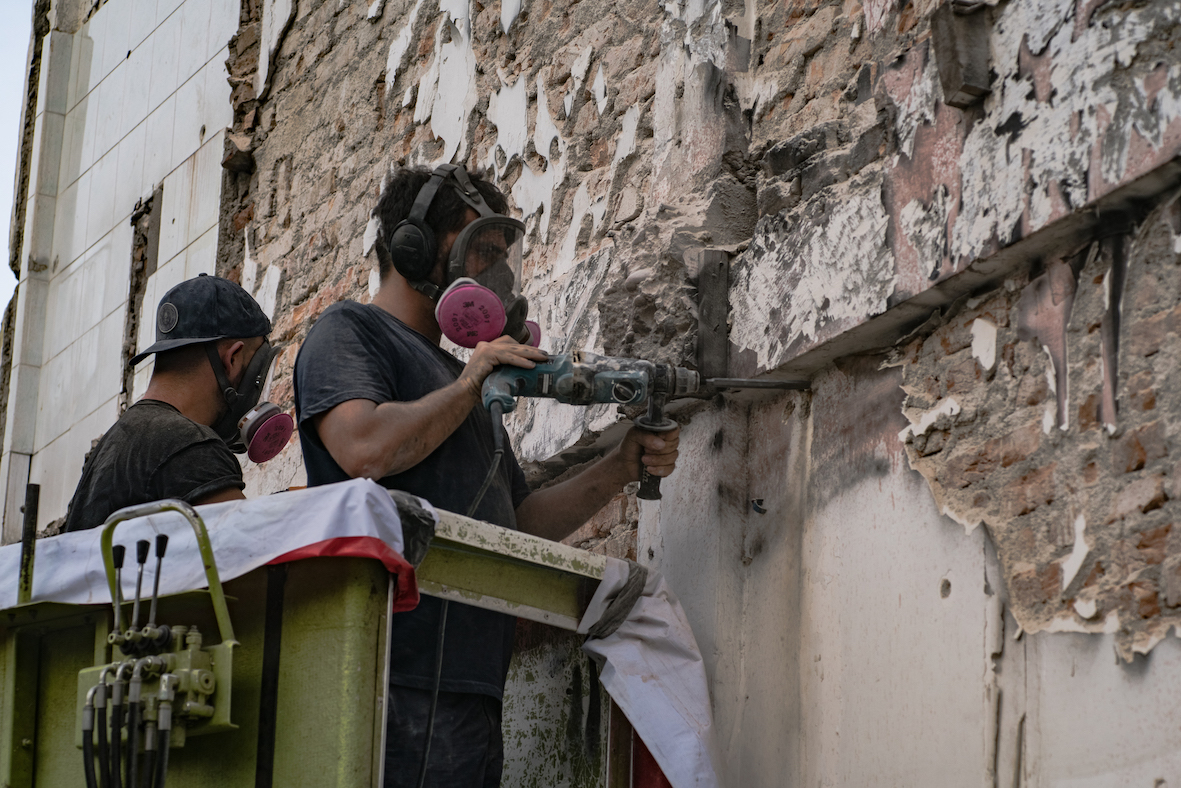 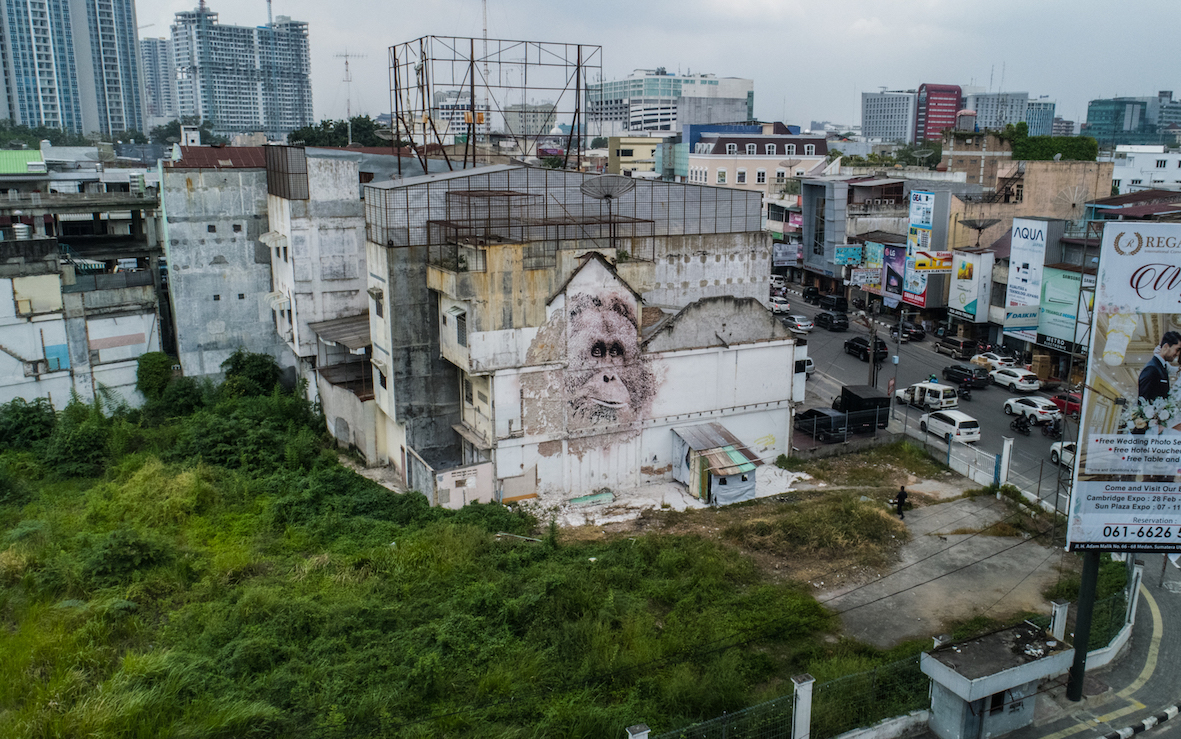 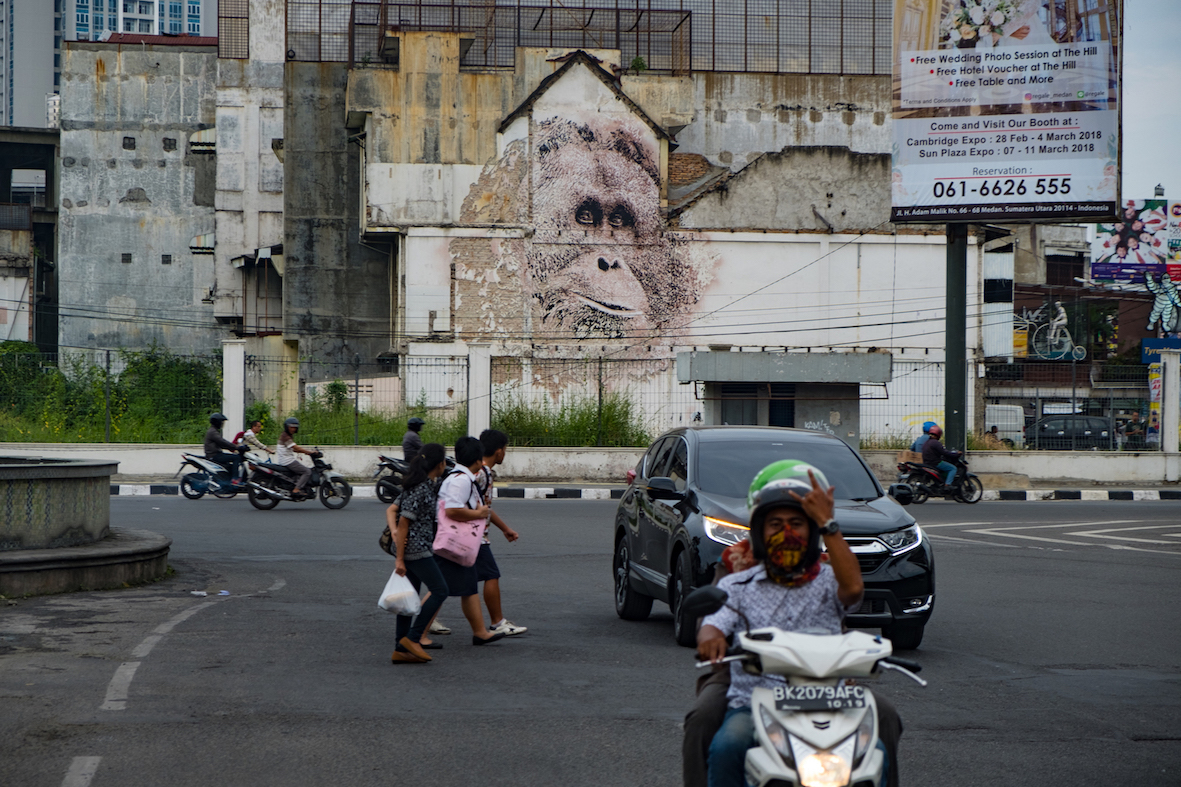 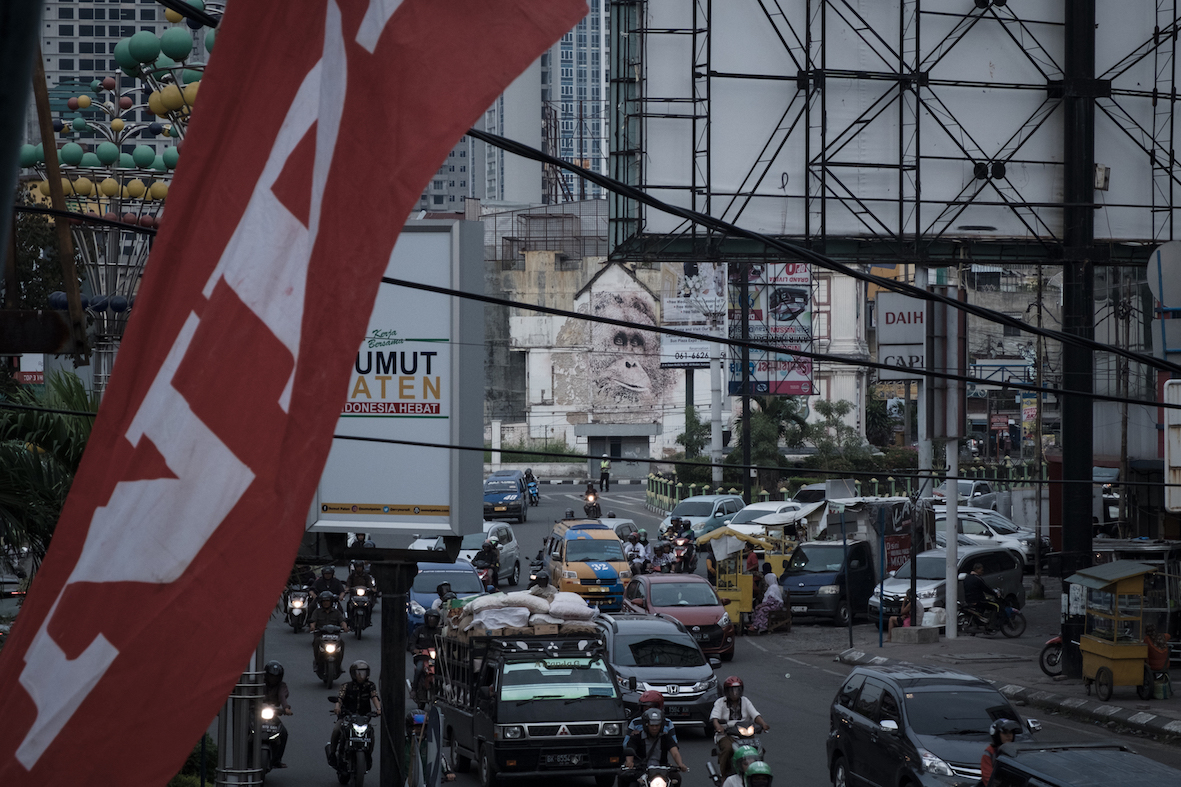 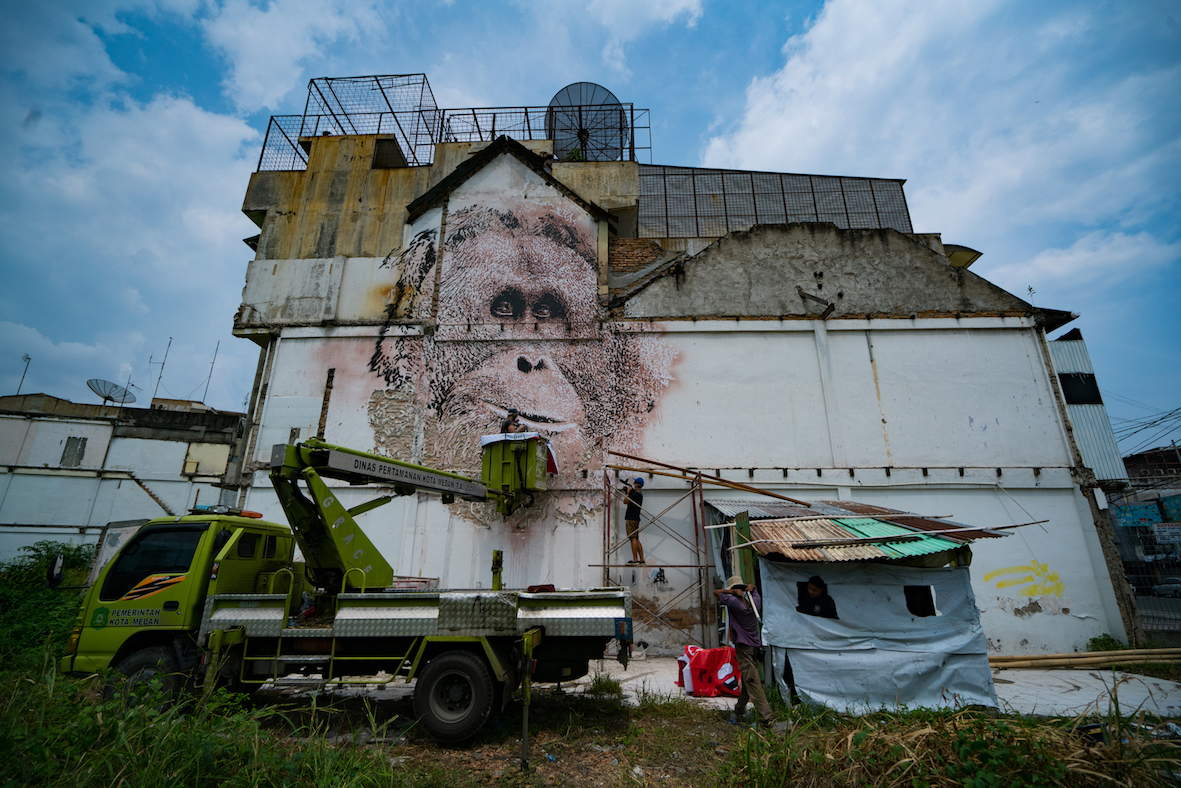 ‘The world is not taking the time to consider how to move forward,’ says VHILS. ‘There is no effort to reflect on the real impact of decisions. For this project what I really wanted to do, was to give my work in order to ….create discussion on an issue. It is artists who power the cities we live in – who counterbalance the pressures of different issues by creating Images on walls. You can start a discussion and bring to the public issues that otherwise would not be there.’

In the area of forest where the last critically endangered 800 Tapanuli orangutans live, the Indonesian Government has plans to build a giant hydropower dam project. Permits have been issued. Access road construction is already underway. Not only does the proposed dam threaten existing habitat, but it would also mean different habitat patches could not be connected via forest corridors. This is a necessity if the viability of the species is to be preserved.

‘It comes down to activists and artists to raise awareness for the tensions that globalisation creates,’ VHILS says.

More information on the Splash and Burn campaign for SOS